With lush forests abloom with rhododendrons, hundreds of miles of publicly accessible beaches and breathtaking views of Mt. Rainier and the Olympics, the Kitsap Peninsula is the perfect place to take a hike this weekend or any time, according to Craig Romano, author of Urban Trails: Kitsap.

“The trails scene on the Kitsap Peninsula has been growing wonderfully over the last 10 years,” he said. “It’s exciting. There are lots of new trails and preserves and parks and linking of trails.”

Unlike trails in higher elevations, Kitsap Peninsula routes are accessible year-round and are a special treat in late spring and early summer when blooming rhododendrons provide delicate accents of pink amid the evergreens.

“It’s the Washington state flower, but only about 10 percent of the state has it,” said Romano. “The Kitsap Peninsula has some of the best rhododendrons and that’s happening right now.”

We asked Romano to share some of his favorite Kitsap Peninsula region hikes:

With so many amazing hikes in the Kitsap Peninsula region, you’ll want to spend at least a couple of days exploring. Go to VisitKitsap.com for lodging options and even more to do on the Natural Side of Puget Sound. Outdoor Adventures on the Kitsap Peninsula 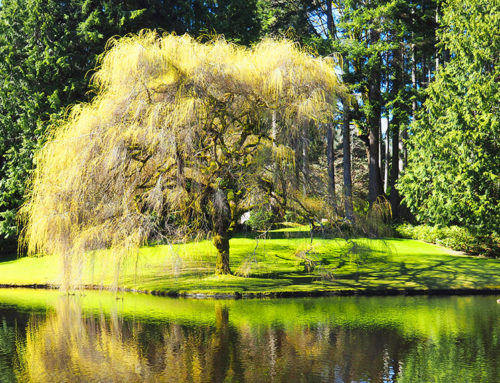 6 Most Instagrammable Spots in Kitsap Peninsula Viewing Salmon Runs on the Natural Side of Puget Sound